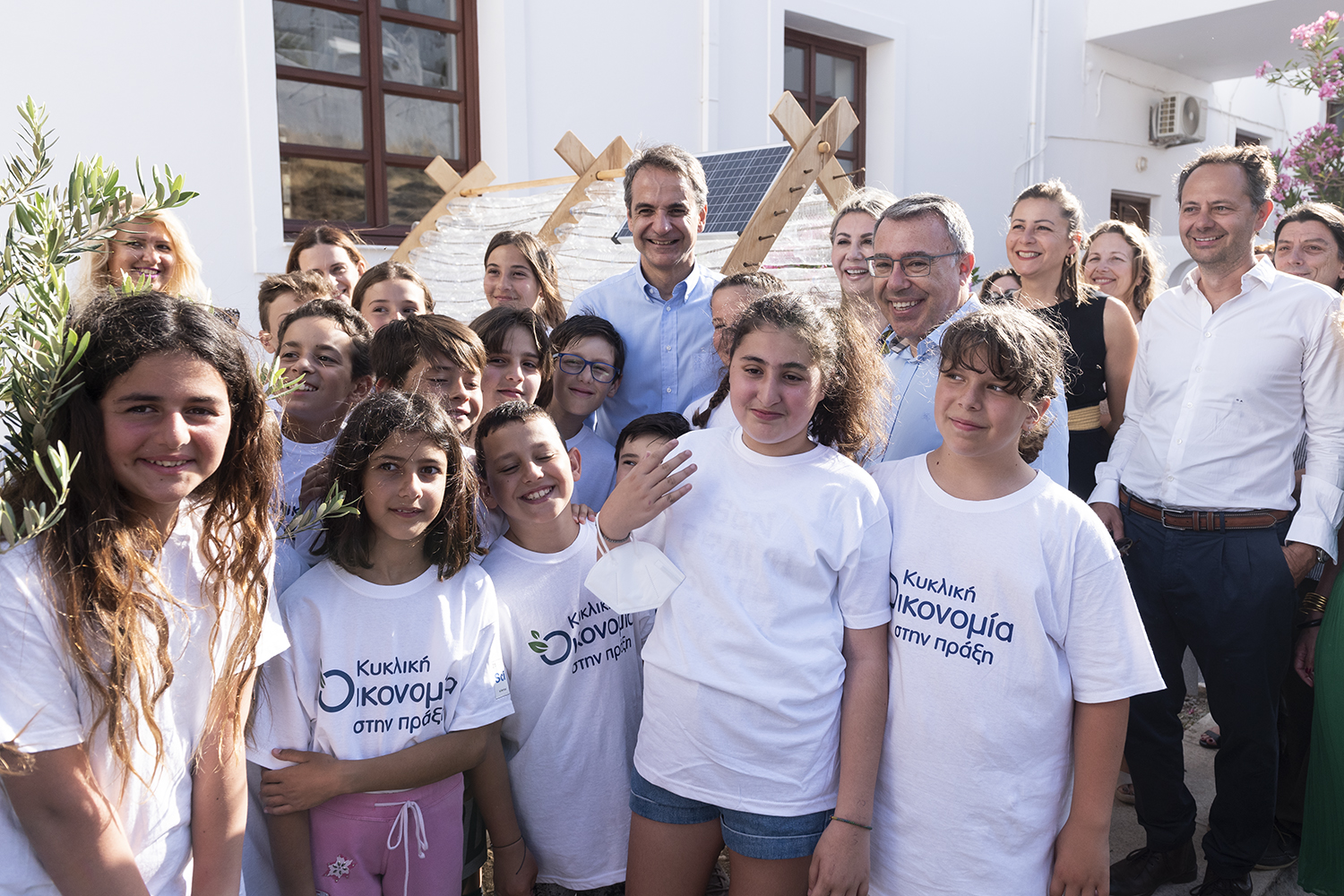 The Prime Minister and the CEO of the Alpha Bank Group attended the presentation of Alpha
Bank’s educational program “Circular Economy in Practice” at the Primary School of
Astypalaia.

Alpha Bank is also Grand Sponsor of the “AstyBus” initiative

Alpha Bank provides its substantial support for Astypalaia to become a model island in the field
of sustainability in the Mediterranean. With the educational initiative “Circular Economy in
Practice”, which it has designed and is implementing to raise environmental awareness among the
island’s school students, but also as Grand Sponsor of “AstyBus”, the new “green”, on-demand
electric public transport service on the island, Alpha Bank reaffirms once again its commitment to
continuously increase its positive footprint on society and the environment.

The Prime Minister at the first smart and sustainable greenhouse

Alpha Bank’s educational initiative “Circular Economy in Practice” served as the basis for the first
smart and sustainable greenhouse, built in the garden of the Primary School by the school’s pupils
together with the Bank’s educational team and the NGO SciCo (Science Communication). The
greenhouse is made exclusively from plastic bottles, which the pupils collected and reused, while it is
equipped with temperature sensors as well as with air and soil humidity sensors powered by solar
panels, so that the greenhouse is energy sufficient, as well as with a compost bin for the reuse of
waste.

Prime Minister Kyriakos Mitsotakis visited yesterday the island’s Primary School to see for himself
the original environmental project of the children and to be informed about the Bank’s initiative to
contribute to the education of the young generation of Astypalaia in the principles of circular economy.
He was welcomed there by the CEO of the Alpha Bank Group, Mr. Vassilios Psaltis, and the Deputy
Minister of Education and Religious Affairs, Ms. Zetta Makri, together with the schoolchildren and
their teachers.

Kyriakos Mitsotakis spoke with the children and congratulated them on their effort:
“With this amazing greenhouse that you have built, you have demonstrated what we are capable of. I
believe that this experience is one that will stay with you and, as you get older, you will be looking for
other ways, too, in which you can be part of this great effort, because, if we want to save the planet, we
all need to do our bit. Small steps can sometimes help us make a big difference,” the Prime Minister told
the children.

In his speech to the inhabitants of the island, Mr. Mitsotakis also referred to the initiative of Alpha
Bank that took shape with the contribution of the pupils.

The pupils of the Primary School of Astypalaia presented to Mr. Mitsotakis and Mr. Psaltis the
principles of the greenhouse’s operation and the solutions they came up with to ensure its
“circular” operation.

After his conversation with the pupils and the educational staff of the school, the CEO of the Alpha
Bank Group, Mr. Vassilios Psaltis, stated:

“Alpha Bank is present in the great initiative for Astypalaia to become a model island for the green
transition. As the only bank on the island, we support the local community and economy and we actively
support the ‘AstyBus’ initiative for a functional and environmentally-friendly public transport network,
while we also contribute to raising environmental awareness and to putting the circular economy in the
daily life of the inhabitants of Astypalaia and especially the children, the future citizens of our country.
The active participation and the smiles of the pupils and the teachers at the Primary School of
Astypalaia fill me with optimism about the success of the project.”

“Circular Economy in Practice”: An Alpha Bank educational initiative for strengthening the
environmental culture and awareness of the young generation

The model project “Circular Economy in Practice”, created by Alpha Bank with the approval of the
Ministry of Education and Religious Affairs and in collaboration with the non-profit organization SciCo,
consists of a cycle of educational workshops in the schools of Astypalaia. The workshops were
initially addressed to the pupils of the Primary School and will resume with the beginning of the new
school year, taking the character of a broader educational and training program for lower and upper
high school teachers and students. During the first cycle of workshops, the content focused on the
availability of natural resources and the alternatives available for ensuring their conservation as
well as on the use of technology for their more efficient use.

“AstyBus” with the support of Alpha Bank

Alpha Bank is the Grand Sponsor of “AstyBus”, a new on-demand service of electric vans to
operate in Astypalaia, which is expected to offer greater ease of travel for both local residents and
tourists, as its itinerary will be configured according to the needs of the passengers, at preferential
prices.

“AstyBus” is implemented by the State in cooperation with the Volkswagen Group. During his
stay on the island, the CEO of Alpha Bank also visited the ASTYBUS Hub, the service’s management
and charging facility, where he was given a tour by Volkswagen executives and had the opportunity to
meet with the Chairman of the Board of Directors of the Volkswagen Group, Dr. Herbert Diess.
Alpha Bank, the only bank in Astypalaia, supports the financing of e-mobility on the island
It should be noted that Alpha Bank also participates in the State-subsidized initiative e-astypalea with
the consumer loan “Alpha Green Solutions – Electric car/bicycle”, which provides the ideal financing
solution for the purchase of an ecological means of transport on particularly favorable terms and is
available exclusively to the island’s permanent residents.

During his visit to Astypalaia, Mr. Psaltis, accompanied by Alpha Bank’s General Manager of Retail
Banking, Mr. Isidoros Passas, visited the Bank’s local Branch, which also happens to be the only
bank branch on the island. The two Management Executives spoke with the Branch Manager and
Employees, focusing on the support Alpha Bank provides to the local economy and society, both
through its Corporate Responsibility actions and by making full use of the new banking tools, with the
aim of providing personalized services of high added value to Customers. 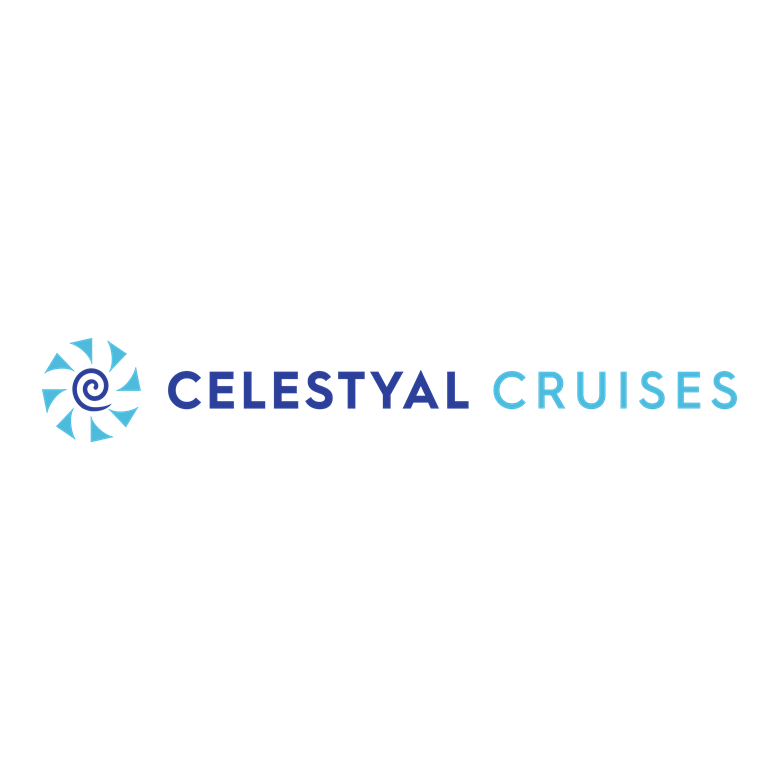